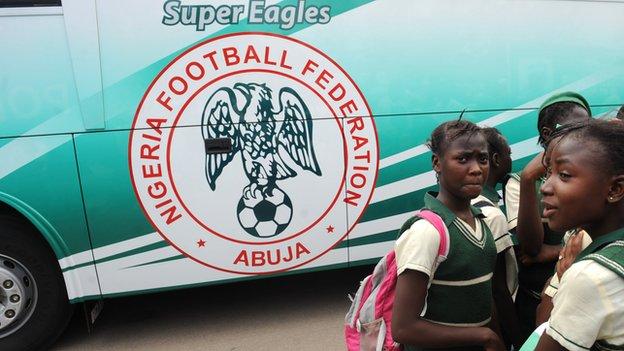 Players and officials of clubs involved in two Nigerian promotion play-off games that ended 79-0 and 67-0 have been banned for life.

The four clubs have been banned from the game for 10 years.

A Nigerian Football Federation (NFF) committee recommended that match officials involved in the two matches should be given life bans.

How much? Some notable footballing thrashings

Plateau United Feeders and Police Machine went into the matches level on points, with promotion to the lowest tier of the Nationwide League Division at stake.

Feeders scored 72 of their goals in the second half, while Police Machine reportedly scored 61 times after the break in their game.

The NFF found that one Feeders player scored 14 goals, while in the other match Police Machine struck four goals in a minute.

The results meant that Plateau edged above Police Machine on goal difference.

The NFF said in a statement: "The NFF have accepted the recommendations and they would be communicated to the clubs, the state FA's, Caf and Fifa.

"We will publish all the names of players and officials with their photographs and details."