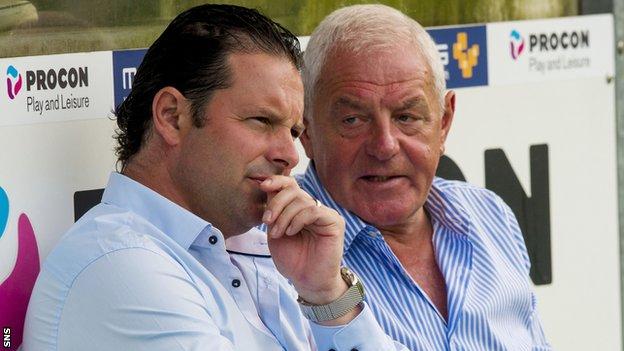 Rangers chief executive Craig Mather will pick up £500,000 per year at Ibrox - a salary that has angered some within the club, BBC Scotland has learned.

And the increase for the new CEO has raised eyebrows with some on the board and some major shareholders.

The concern comes as the club, it is understood, continues to lose cash on a monthly basis.

Mather invested £1m after Green, who left the club over , led a consortium to buy the club's assets following administration and liquidation last year.

One source told BBC Scotland: "Given where the club is at the moment, the salary is just bizarre.

"It appears to be a premiership salary for a Scottish Second Division chief executive.

"It comes at a time when the club continues to cut costs and just sends out the wrong message."