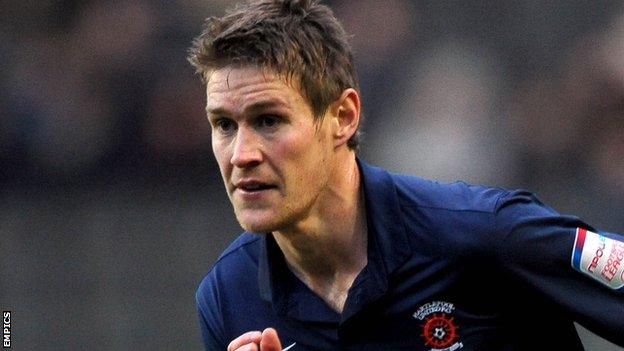 Hartlepool have appointed Antony Sweeney as their new captain for the forthcoming League Two season.

Sweeney, 29, takes over from full-back Ritchie Humphreys who left the club and has moved to Chesterfield.

The midfielder came through the Pools youth system and has made more than 400 appearances for the club.

"I'm delighted actually, I'm really honoured and it means a lot. It wasn't something that I expected if I'm being honest," he told the club website.

"When the gaffer talked to me he just basically wanted to make sure I was OK with it, he didn't want it to affect performances.

"I'd like to think that won't happen to me and that I will thrive in the role but it was great that he wanted me to be captain and I think it shows the trust he has put in me."