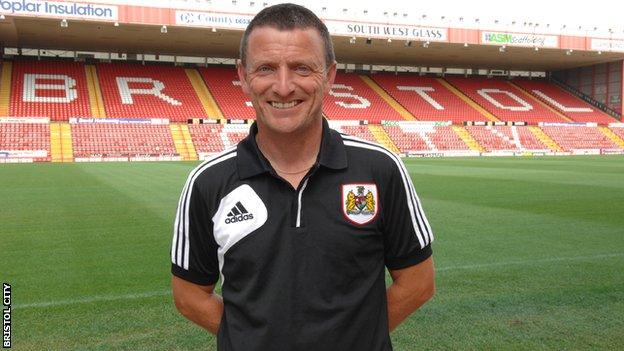 Bristol City have appointed Mark O'Connor as their Under-21 manager.

The former midfielder played alongside City head coach Sean O'Driscoll during their time at Bournemouth.

The 50-year-old has spent much of his coaching career working alongside Tony Pulis during his managerial spells at Gillingham, Portsmouth, Plymouth Argyle and, most recently, Stoke.

O'Connor took charge of his first game on Monday against Bath City, which finished 1-1.

"The main thing for me was to be back in work and it's a great opportunity - one I plan to grab with both hands.

"I played with Sean at Bournemouth for many years and I had great respect for him as a player. We've kept in touch ever since and I was delighted when he asked if I'd be interested in working with him.

"Sean spoke a lot about investing in youth and wanting close links between the youngsters and the first team, which was obviously very pleasing to hear."