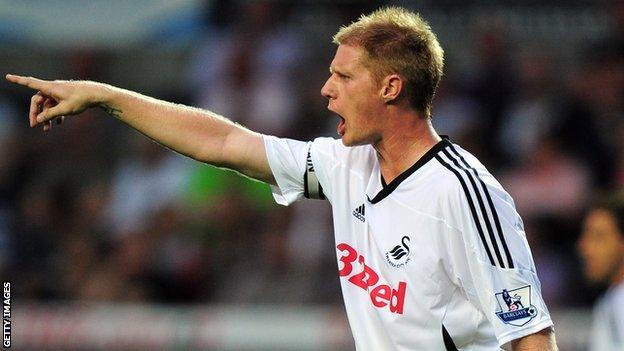 The 30-year-old started his career at Manchester United and joined the Swans in 2004 following a series of successful loan spells.

He has represented the club at all four divisions of English football, making 340 appearances.

Tate returned from a broken leg last year and was sent out on loan to Leeds from November until January.

Following the arrival of the Duke and Duchess of Cambridge's son on Monday, Yeovil chose to announce the signing of Tate by producing a mocked-up picture of an easel outside Huish Park.