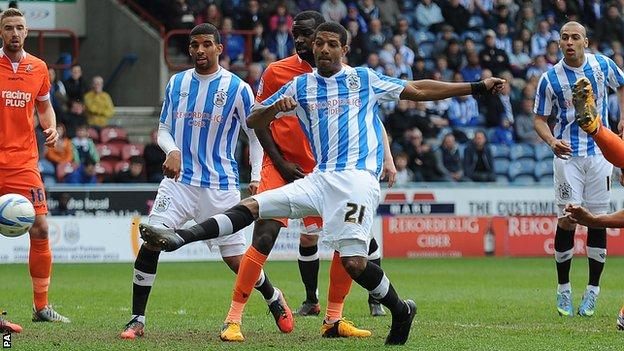 Jermaine Beckford is relieved to have finally joined Bolton Wanderers after completing his protracted move from Leicester City in mid-July.

"Of course it is very frustrating that it took so long to sort everything out," he told BBC Radio Manchester.

"It was a bit up in the air but I just tried not to let it all trouble me."

Beckford has failed to nail down a regular starting spot at either of his two previous employers after leaving Leeds United in June 2010 having made 115 league starts during a five-year spell at Elland Road.

He joined Everton on a free transfer and, after starting 15 Premier League matches for the Toffees, where, despite scoring 15 goals in his first season, he found himself out of the side and eventually out on loan.

"Coming here was a no brainer," he continued.

"Not only is it a great club, but having had previous experience of playing with [Bolton manager] Dougie Freedman at Leeds I know I can learn a lot from him.

"It really is no surprise to me that he has done so well here and at Crystal Palace too because back then you could just tell from the way he worked that he was right to be a manager. It's just in him."