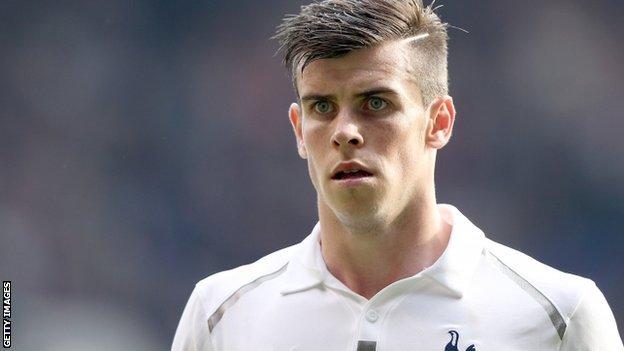 Andre Villas-Boas says he is counting on Gareth Bale to stay at Tottenham, amid reports in Spain that he is set to join Real Madrid.

Spanish daily Marca suggested the La Liga club are closing on a six-year deal for the 24-year-old forward.

But Spurs manager Villas-Boas insisted Bale is not for sale.

"He's a Tottenham player, he's one of the most fantastic players in the world at the moment and we are counting on him for the future," said Villas-Boas.

"He's a player that we are willing to continue to have."

Bale, who scored 26 goals for Tottenham last season, is under contract at White Hart Lane until 2016.

In May, his agent Jonathan Barnett told a Spanish television show that the winger would listen to an offer from Real Madrid if they agreed a fee with Tottenham.

Tottenham are currently in Hong Kong ahead of the Asia Trophy, which also features Manchester City, Sunderland and South China.

"Unfortunately against Sunderland he won't be fit to play," said Villas-Boas. "He's recovering from a knock he had in training so we expect him hopefully to have some involvement in the second game."