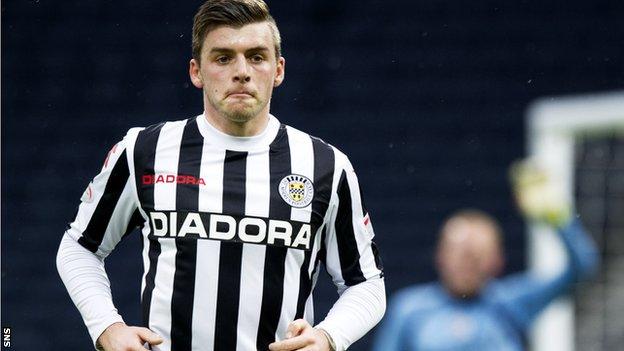 Turkish striker Nadir Ciftci is closer to winning a contract with Dundee United, who have dropped their interest in and Jean-Yves Koue.

Irish midfielder Carey was released by St Mirren this summer, while French 20-year-old defender Koue was with Cannes.

United said in a statement that boss Jackie McNamara "is hoping to keep Nadir Ciftci at the club if possible".

The 21-year-old, who has been with Breda, has been joined on trial by ex-Chesterfield defender Neal Trotman.

But the 26-year-old was after their eighth-place finish in League Two.

Ceftci's senior career began with Portsmouth, who paid Den Haag £80,000 for the then 15-year-old who went on to make his first-team debut for the Championship outfit at the age of 18.

Having rejected the offer of a new contract in 2011, he signed for Turkish Super League club Kayserispor, who paid Pompey £100,000 in compensation, but returned to the land of his birth to join Breda after a season.

Ceftci, who had represented the Netherlands as a youth, was persuaded to switch allegiance to Turkey by then national boss Guus Hiddink and went on to make seven appearances for their under-19 side.

Now he appears to have also impressed McNamara, who is re-shaping the United squad he inherited for his first full season as a manager in the Scottish Premier League.

However, United said on their official Twitter page: "Jackie McNamara confirms he isn't pursuing his interest in trialists Graham Carey and Jean Yves Koue at this time."

The versatile left-sided 24-year-old - who can also play full-back and represented the Republic of Ireland at under-21 level - began his career with Celtic and had loan spells with Bohemians, St Mirren and Huddersfield Town before joining the Buddies in 2011.

One of his goals, against Hearts, was voted the Clydesdale Bank Scottish Premier League goal of the season last term but he was released this summer.

Koue, who had a trial as a youth with Bayern Munich before joining Reims and spending three years in the fourth tier of French football with Cannes, is also still searching for a new club.