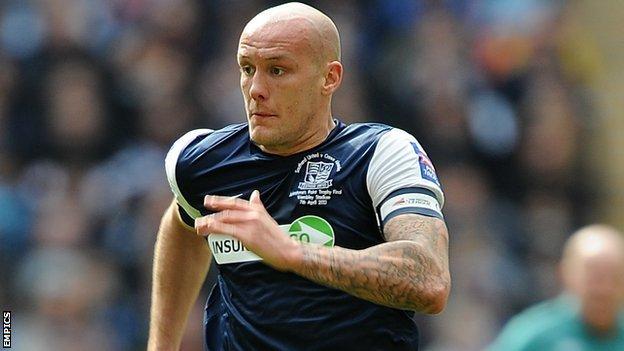 Fleetwood have signed Southend's Ryan Cresswell on a two-year contract for an undisclosed fee.

The Rotherham-born centre-back, 25, joined Southend from his hometown club last summer and went on to score six goals in 43 league appearances.

Fleetwood become Cresswell's eighth different team, with Southend the only southern club he has played for.

"This is a good move at the right time and the club is going in the right direction. It's a great move for me," he told the club website.

"I'll bring passion, aggression and I like to think of myself as a dominating centre-half. I look forward to working hard with the club and delivering what is wanted - that's promotion."