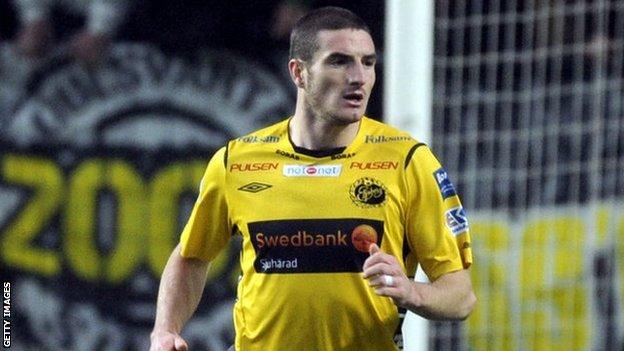 Elfsborg set up a the Champions League third qualifying round tie against after completing their demolition of Daugava.

The Swedish champions won 4-0 in Latvia to progress 11-1 on aggregate.

English striker James Keene broke the deadlock late in the first half before goals from Viktor Claesson, Niklas Hult and Martin Andersson, with a penalty.

Elfsborg will travel to Glasgow next Wednesday for the first leg of the next round.

The Swedes spread the goals throughout the team during the two legs against Daugava.

Claesson was the only player who scored in both legs, the other goals in their home game coming from Marcus Rohden, Lasse Nilsson, Mo Bangura and Samuel Holmen, with the other coming through an own goal.

Bangura is on loan from Celtic and the Glasgow club's manager, Neil Lennon, should the two sides meet.

Elfsborg, however, say they expect him to face Celtic if required.