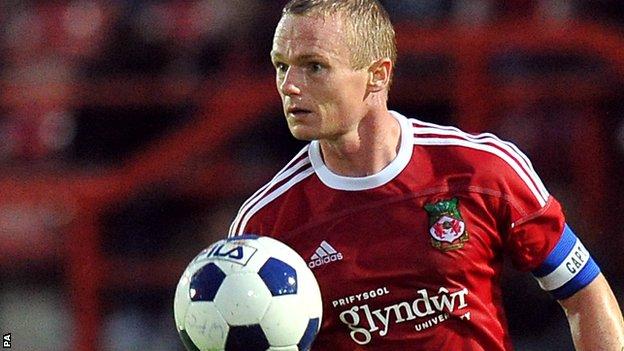 Wrexham captain Dean Keates is to have a toe operation which will see him miss the opening three weeks of the season.

Player-manager Andy Morrell confirmed the midfielder will have surgery on Friday and that he will be out of action for six weeks.

The injury hampered the 35-year-old during the closing stages of last season.

"He had it done on his other foot a couple of summers ago so we've got to do it," Morrell said.

We'll go back to Junior N'Tame and see. I think he's desperate to come and sign for us.

"If we get it done now then we can have two and a half weeks out in pre-season and not miss six weeks of the season.

Keates, who captained Wrexham in their FA Trophy Final win over Grimsby, signed a new one-year contract with the club in May.

Morrell, whose side won 2-1 at Colwyn Bay in a friendly on Tuesday, is still hoping to sign Cameroon-born central defender Junior N'Tame.

N'Tame has recently been on trial at Wrexham and Morrell said the player was keen to join the club on a permanent basis.

"I've spoken with Don [Bircham, Wrexham chief executive] seeing what we've got and what we can afford," Morrell said.

"We'll go back to Junior and see. I think he's desperate to come and sign for us.

"There's a lot of things to work out for him but we'll speak to him over the next couple of days and see if there's anything in it."