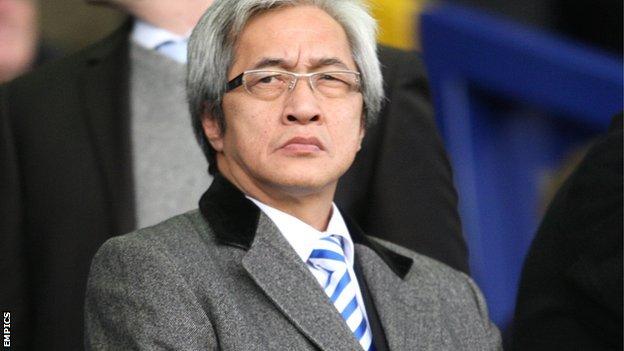 BBC Radio Sheffield reports that Yu, who left Blues in September 2010, is in talks to purchase the club from current owner Milan Mandaric.

Ex-Portsmouth and Leicester chairman Mandaric took over in December 2010.

He revealed that the Owls were losing around £5m a year at the end of last season and suggested he would be willing to sell the Championship club.

The Serb told BBC Radio Sheffield last month: "I'm not just looking for any buyer, I'm looking for the right buyer who can take this club where it wants to go.

"There are a lot of people who come and have a look at the club but we're not pushing to sell the club at the moment.

"I said before if someone proper comes along and they are the right person for the club then I will step aside."

Wednesday finished 18th last season and have not played in the top flight of English football since 1999-2000.

Yu's interest in the Owls follows recent reports that he had ended a bid to take over Birmingham.