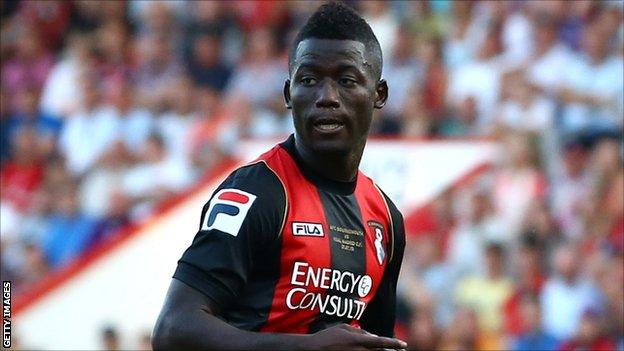 Bournemouth forward Mohamed Coulibaly has paid tribute to Eddie Howe and says he is determined to repay the faith shown in him by the Cherries manager.

Coulibaly, arrived from Grasshoppers earlier this month, and scored his first goal for the club in Tuesday's pre-season friendly against Portsmouth.

And 24-year-old Coulibaly hopes he can continue to impress his new manager who has already made an impression on him.

With Eddie Howe it is about playing on the floor and that is perfect for me. We play good football

He added: "He's given me a chance to come here and I want to say thank you

"I like him very much and I want to play my best every game for him."

The Senegal-born player says he has settled into life on the south coast very well and is enjoying his time in Bournemouth and has been impressed by the style of football being played by the Cherries,

"I like it very much in Bournemouth," he said. "I was surprised because this is my first time in England and I came here and the town is very good. Very nice beach, what more do you want?

"But the people are nice and the stadium is good also so I am very happy.

"I am very excited, it's my first season in England, it's new for me but I'm looking forward to it.

"With Eddie Howe it is about playing on the floor and that is perfect for me. We play good football."

After scoring his first goal Coulibaly hopes he can add more to his tally when he is fully fit.

"It was very good to score my first goal for the fans and the team," he said,

"I feel really, really fit. I need another game and then I think I can play better. My team-mates are nice and they are taking care of me."