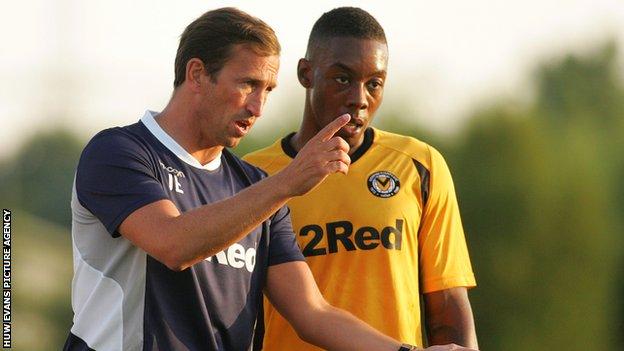 The 22-year-old featured as a trialist for the Exiles in Tuesday's friendly against a Reading XI.

Jackson, who has also spent loan spells at Fleetwood and Cambridge United, was released by Macclesfield in May.

"We're hoping once we can complete the paper work he'll be another addition to the squad, which is pleasing," County manager Justin Edinburgh said.

"That gives us that cover we wanted for David Pipe."

Chris Zebroski scored twice with Lee Minshull heading in a last gasp equaliser in Newport's 3-3 draw against Reading in a testimonial for County stalwart Tony Gilbert.

But midfielder Robbie Wilmott could be a doubt for the start of the season after picking up a shoulder injury.

Wilmott along with Michael Flynn were forced off during the first half of the game at Spytty Park.

"Robbie's gone for an x-ray on his shoulder. We're hopeful it's not too severe. Flynnie was just a tight hamstring," Edinburgh added.