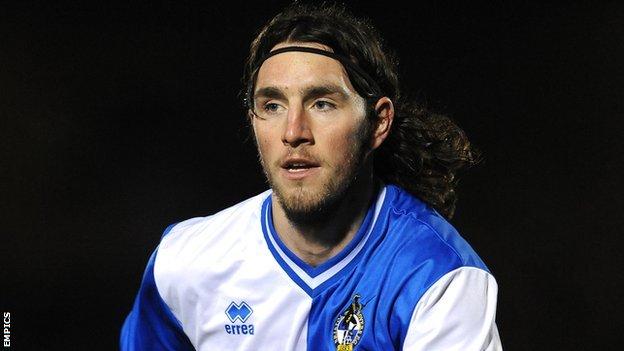 The 24-year-old, who had 12 months to run on his U's contract, has agreed a three-year deal with John Ward's side.

O'Toole played under Ward at Colchester and was re-united with his former boss during an 18-game loan spell at the Memorial Stadium last season.

"There was a bit of uncertainty about where I was going to be," O'Toole told BBC Radio Bristol.

"It was a massive decision. If you're signing a three-year contract then you've got to make sure it's right for you.

"I decided it was good to get out of my comfort zone to relocate here. I didn't want to drop a league, but it's definitely a step in the right direction anyway."

The former Watford man made 76 appearances during his four years with the Essex side.

"I wasn't guaranteed first-team football at Colchester and I'll have a better chance of that here," he added.

"I'm glad I've got it all done now and I'm looking forward to the games kicking in and doing well."