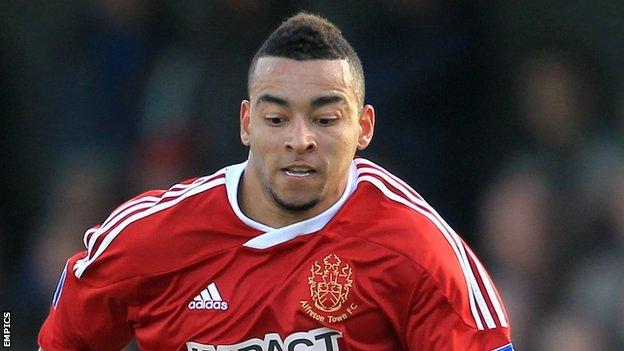 Cambridge United have signed midfielder Nathan Arnold on a two-year deal following his release by Alfreton.

The former Mansfield wide man, 25, can also play upfront and scored 32 goals in 131 games for the Reds.

"We've worked hard to get this signing over the line as it's been ongoing for several weeks," U's boss Richard Money told BBC Radio Cambridgeshire.

"He can play wide on either side and he has the magic ingredient we've been looking for which is pace."

Money added: "He can make the difference in a match with his strong running and he can beat people with the ball. It's another piece of the jigsaw completed."