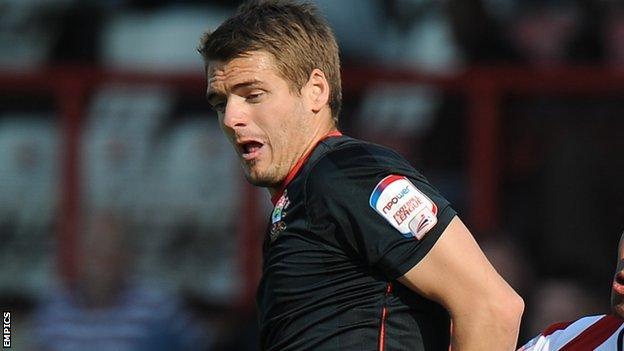 Colchester United boss Joe Dunne has said triallist defender Ryan Dickson has boosted his chances of earning a deal at the League One club.

Dickson, 26, released by Southampton in June, played in Tuesday's 3-0 friendly defeat by Ipswich.

"We'll speak to his agent. There are other doors I need to look at also and we should have a decision by the end of the week," Dunne told BBC Essex.

"He did his cause a world of good and stuck to his task."

The former Brentford left-back had a loan spell with Bradford last season and has been training with the U's this summer.

Midfielder Craig Eastmond overcame an ankle injury to play the first 30 minutes against Town and Dunne hopes the former Arsenal man can be fully fit in time for the season opener at Gillingham on 3 August.

"The idea was to only play 30 minutes," said Dunne.

"If the season started in another 10 days he'd probably be ready. We've got three games to go before the start of the season and he'll play in all of them."