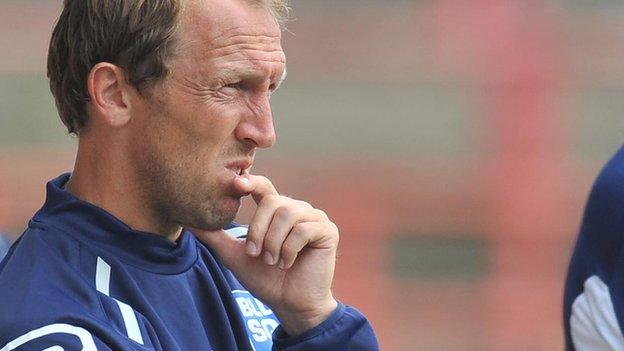 Reid scored twice in a friendly win at Colwyn Bay and Morrell believes the youngster can make an impact this season.

"I think he's got everything to go on and do really well in the game.

"I'm pleased for him because it's not easy when you're 17 and coming in with the first team lads. It's a whole new world to the youth team."

Reid came off the bench to score twice in the final nine minutes as Wrexham came back to beat Colwyn Bay 2-1 in a friendly on Tuesday.

"When he's like that he's very difficult to catch," Morrell added.

"He's struggled a little bit maybe adjusting to it because he's only 17.

"But we just try and tell him to relax and enjoy it. It's football at the end of the day. I don't care about age."