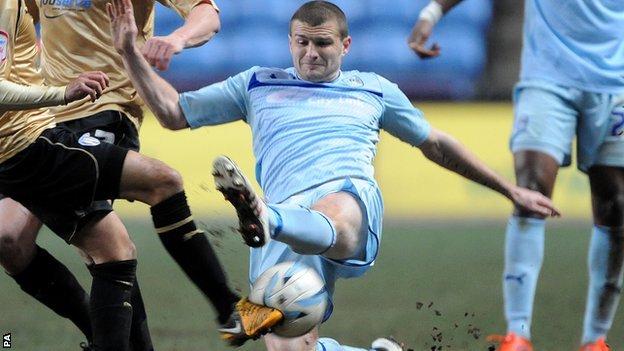 After starting as a trainee at Stoke, Dickinson went on to make 60 first team appearances in seven years.

He was also loaned out to Blackpool and Leeds United, as well as having season-long loans at Barnsley and Portsmouth.

Dickinson was a regular under Sean Dyche at Watford two seasons ago, but fell out of favour under Gianfranco Zola last term, spending two more spells on loan back at Portsmouth in October, then at Coventry in February.

"Carl has performed at a higher level than League One," said Vale manager Micky Adams.

"That experience will be invaluable for us, especially as he can perform in two positions.

"I am certain that he can make a positive contribution to the squad."