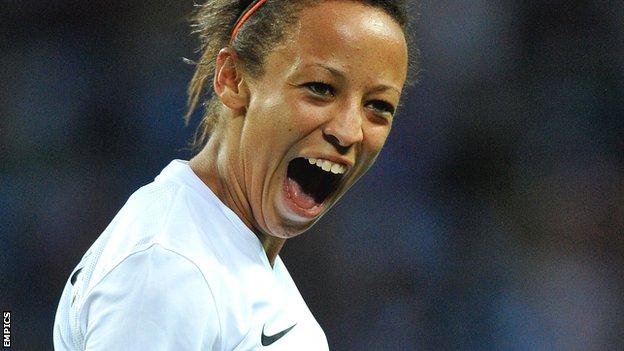 Leaders Liverpool Ladies have made four new signings ahead of the resumption of the Women's Super League in August.

England Under-19 duo Ellie Stewart and Katie Zelem have left Everton and Manchester United respectively to link up with Matt Beard's side.

In addition, goalkeeper Rachael Laws has signed a new contract until the end of the WSL campaign.

"After a good start to the season, I felt it was important to improve our squad and competition for places," said manager Beard.

"We now have options in every position so the players have to be performing to the best of their ability to maintain their place. I now feel we have a good blend of experience and youth and everyone can learn off each other."

The Reds, who won five of their first six matches to top the table ahead of Bristol Academy on goal difference, return to action following a two-month summer break with a home fixture against FA Cup winners Arsenal on 3 August.