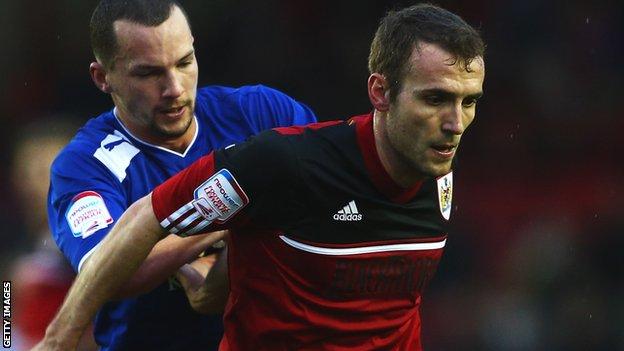 Bristol City midfielder Liam Kelly has been ruled out until after Christmas because of a knee injury.

The League One club confirmed on Wednesday that the 23-year-old had damaged his cruciate ligament during a training session.

City signed Kelly from Kilmarnock in January for an undisclosed fee and he agreed a three-and-a-half year deal at Ashton Gate.

The Scotland international made 19 appearances for the club last season.