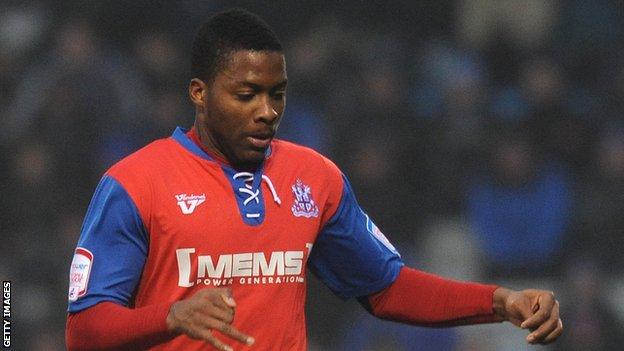 Gillingham striker Antonio German believes the club can challenge for a place in the League One play-offs.

The Gills won the League Two title last season and are back in the third tier for the first time since 2009-10.

German, 21, told BBC London 94.9: "We have got quality players in the squad and a good team, structure and manager.

"We crushed League Two and I don't think League One is that much different. We will be in and around the play-offs if we work together."

I am just looking to try and get a regular starting place, score goals and make an impact when I come on

He added: "I think when we are all prepared right and do our jobs right I definitely think we can hold our own.

"I feel we need to put that all together now. We can definitely do well."

German joined the Gills from Brentford last month after a successful loan spell with the club last season, in which he scored one goal in seven appearances.

The former QPR player now hopes he can establish himself in the first team at Priestfield.

"I am just looking to try and get a regular starting place, score goals and make an impact when I come on," he said.

"Chances at Brentford were very limited. We were on a good run and had a few good strikers there.

"Here we have also got good strikers but I feel as if I can maybe offer something different.

"Danny Kedwell is more of a hold-up striker while I am more of a run-in-behind sort of player. Hopefully the fans will like me."