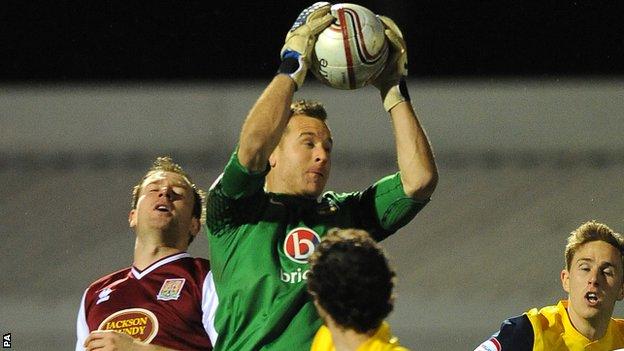 Oxford goalkeeper Ryan Clarke thought he may never play again after surgery on both his shoulders last January.

The Bristolian, 31, returned for pre-season to complete 90 minutes in last week's 1-1 draw with Birmingham City.

"You try to be positive and I think of myself as a positive guy but there were some dark moments," he told BBC Oxford.

"I worried about whether I'd get back to where I was and even whether I would play again. To be honest, I'm really proud of myself for coming through it."

Clarke began his career with hometown club Bristol Rovers before spells with Salisbury Town and Northwich Victoria, from where he joined the U's in 2009.

He has since made 177 appearances at the Kassam Stadium and in his first season with the club was part of the side that won promotion back to the Football League after a four-year absence.

"I've got a strengthening programme that I'm going to have to stick to for good now," he continued.

"In the last seven months I've probably worked harder than in my whole career and I think the discipline I've had will really help me become a better player."