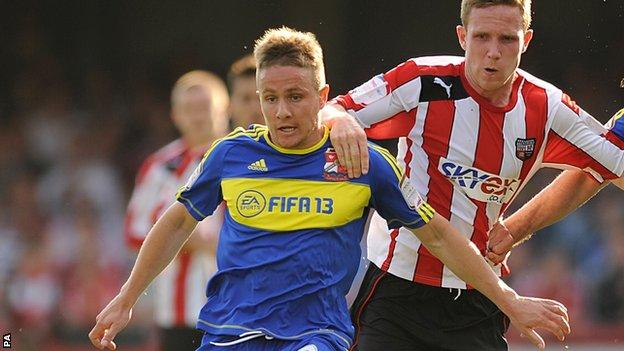 Portsmouth have signed midfielder Simon Ferry on a two-year contract.

"He's spent four years at Swindon and won promotion once and got to the play-offs twice. He is a player that will work his socks off so he should prove popular with the fans here."

Ferry signed professional forms at Parkhead in 2006, but never made a first-team appearances for Celtic.

He joined Swindon, initially on loan, in August 2009 before agreeing a permanent switch the following summer.

In his four seasons with the Robins he played 174 matches, scoring eight goals.