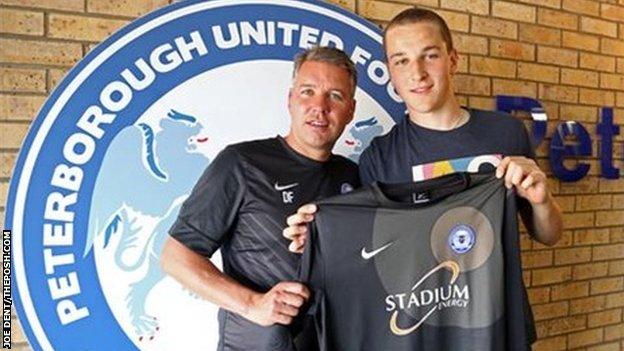 The 18-year-old was born in the UK but spent most of his childhood in America and has previously had trials at Manchester United and Chelsea.

And after training with Posh this pre-season, he will now provide competition for Robert Olejnik and Joe Day.

"He has got a lot of potential and we look forward to working with him," boss Darren Ferguson told the club site.

"He is a big lad, at 6ft 4in, and is someone we have been looking at in training."