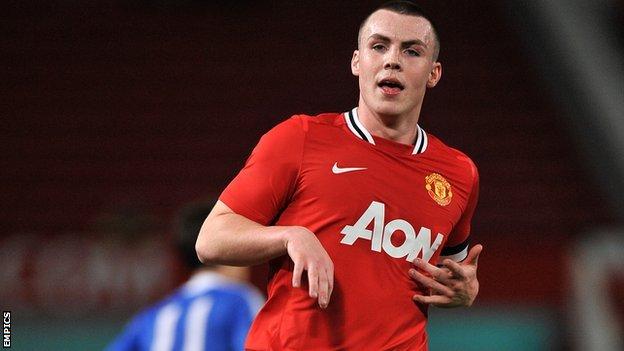 The 19-year-old, who spent time on loan with Cheltenham last season, never made a first team appearance for United.

He told the club website: "I heard Doncaster were interested in taking a look at me so I came across and I've not looked back since.

"I've really enjoyed every minute that I have been here. "

The 29-year-old Irishman joined Rovers from Bohemians in January 2011 and made 30 appearances last season as they won the League One title.