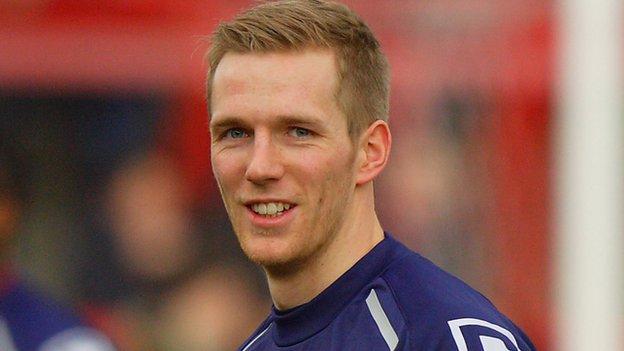 The Nottingham-born 6ft 4ins centre-back, who joined on non-contract terms in March, is yet to make his debut.

But the 22-year-old has done enough to be rewarded with a new deal after impressing in pre-season.

Grimes will start the new season as cover for Kidderminster's first-choice centre-back partnership of Cheyenne Dunkley and Josh Gowling.

He has played part-time for Redditch and last season's Blue Square Bet North promotion-chasers Brackley Town since his release by Swansea City in 2011.