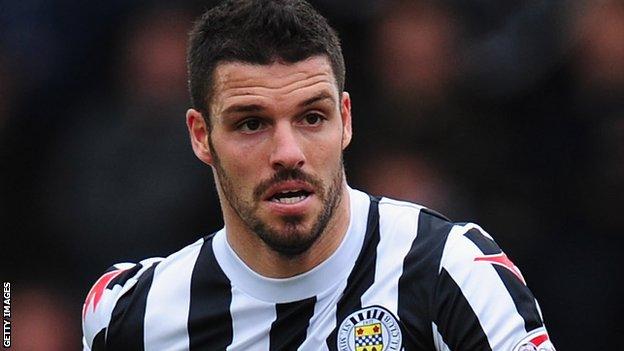 Guy has been on trial at Brunton Park after a season in the Scottish Premier League in which he scored six goals.

The 27-year-old, born in Cumbria, began his career at Newcastle before spells at Doncaster, MK Dons and Oxford.

"Lewis wants to be at the club because he has told us it's the happiest he has been with his football for a long time," said boss Greg Abbott.

"We have different types of forward now and that gives us options. There's some pace and some real penetration there, so things are looking better than they were for us even just a week ago," he told the club website.