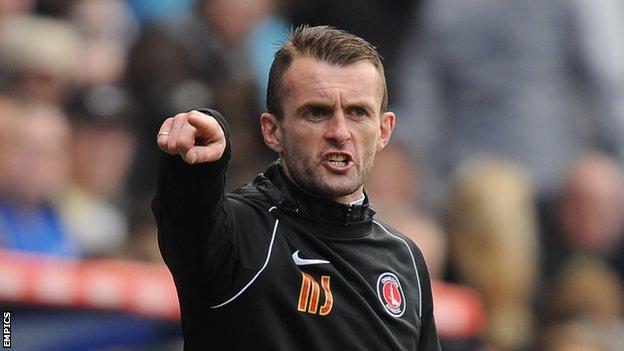 He told BBC Sussex: "The squad needs competition if you want to do well.

"A few of the youngsters need to step up as we want the development squad to produce a few players and push the players we have got."

The former Albion left-back added: "We have got a strong squad and are looking to add but it's up to the likes of George Barker and Jake Forster-Caskey to show they are ready."

Brighton finished third in the Championship table last term but sacked Gus Poyet as manager in the close season and appointed former Maccabi Tel Aviv manager Garcia as their new head coach on a three-year deal.

Garcia has told the BBC he wants his players "to improve every day" and Jones, who has had spells as assistant manager at Yeovil and development squad coach at Charlton, says competition will be crucial to their chances of success this season.

"People need to push each other on," the Welshman continued. "If you are safe and secure then you get that lethargy in your play.

"If everyone is right at it and there is a good competitive edge in training then it pushes everyone to be better.

"Whether it comes from a youngster, a new signing or an experienced player - that is what we are looking to create."

Jones spent five years at Brighton as a player, going on to win three promotions in that time prior to joining Yeovil in 2005.

Now he is delighted to be back at the East Sussex club.

"It's a little bit different to how it was in the old days with the ground and the way things are," he said. "It's all changed but it's been good.

"I've enjoyed it and I'm starting to know everyone and the way Oscar works.

"I'm looking forward and I'm excited. Being back at the Albion is something I've dreamed of for a while."