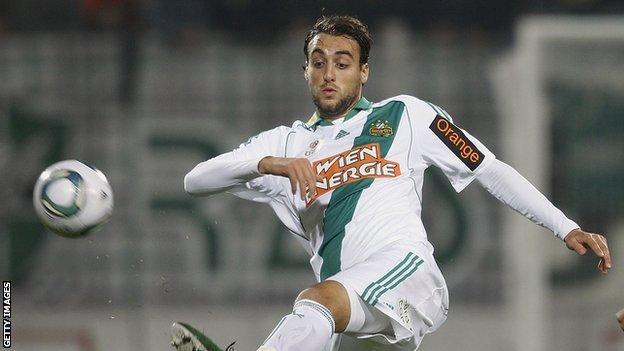 The Albania-born 23-year-old was a free agent after spending last season with Turkish side Eskisehirspor.

The 6ft 6in striker scored in both legs when Rapid Vienna knocked Aston Villa out of the Europa League in 2010.

"We've been watching him for some months now and the kid is a real talent with loads of ability," Owls boss Dave Jones told BBC Radio Sheffield.

"He gives us another dimension and something totally different to what we've got.

"He's got good movement, he's good with both feet and he links play very well. He's good in the air, as you'd expect, and we're absolutely delighted to have got him."