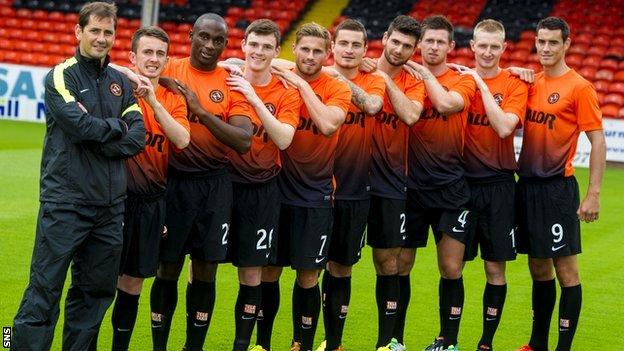 The former Turkey Under-19 player, now 21, has previously played for Portsmouth, Kayserispor and NAC Breda.

"I enjoyed my trial period," said Çiftçi. "This is a fantastic club with great players and coaches."

Meanwhile, United have confirmed that both defender Brian McLean and midfielder Richie Ryan have left the club by mutual consent.

McLean joined the Tangerines from Preston North End last summer while Ryan has been playing at Tannadice since January 2012.

The fans have made me feel welcome. I am delighted to have signed

"Nadir has really impressed me," said manager Jackie McNamara. "He will become an important member of our squad.

"He is strong, clever, has pace and an eye for goal. He has quickly become part of the squad and is a great guy to have around the dressing room.

"His desire to sign for Dundee United was obvious because he had more lucrative options but made it clear he wanted to progress his career at Tannadice."

And Çiftçi added: "I want to join Dundee United because I know I can become a better player here.

"The players are not only good footballers but also have made me feel so much part of the club since I arrived. The fans have also made me feel welcome. I am delighted to have signed."