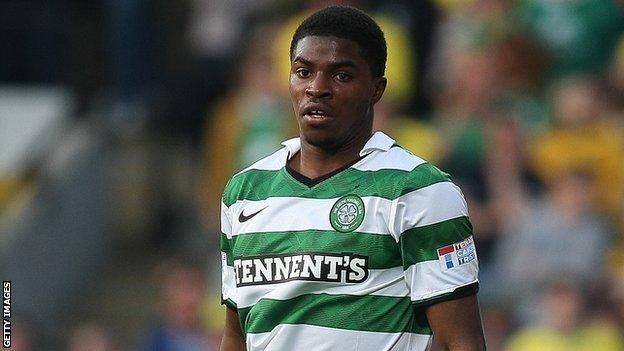 Blackman was released by the Scottish champions at the end of last season after making three appearances.

The 22-year-old will help fill the gap in John Sheridan's squad left by the absent Onismor Bhasera, who failed to report for pre-season training.

Blackman played in Argyle's 2-1 friendly defeat by Yeovil on Saturday.

"I think he's a good player, he'll give us a lot," said Pilgrims boss John Sheridan, who played Blackman for the first 45 minutes at Home Park.

"I thought he did OK. He hasn't trained much and he's new to the players, but I think you could see his ability on the ball.

"He's got to get used to how we want to play and where we want to send players when they're in deep areas, because we're all different.

"I'm sure in another week he'll fit in with the team shape and how we want to play and take it on board, because he's only been here for a day or two.

"I've seen him play a few times and I think he's an excellent footballer. That's why I've brought him here."

Blackman has also played at Bristol City and Inverness Caledonian Thistle on loan.