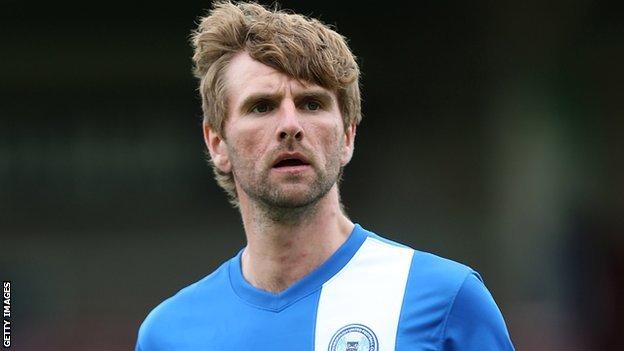 The 29-year-old has been on trial at London Road following his release by Celtic, but Posh director of football Barry Fry had indicated the club had missed out on the winger.

"We've not given up. I want him in," Ferguson told BBC Radio Cambridgeshire.

"These things don't materialise for certain reasons and this one hasn't (so far)," the Posh boss said.

McCourt, who has 13 Northern Ireland caps, spent five years at Celtic, but was mainly limited to substitute appearances, starting 69 of his 90 games on the bench.

Fry said the flamboyant wide man had set his sights on a move to the Championship, but Ferguson believes McCourt will play for his League One side if they can persuade him to move to London Road.

"He knows he can get the right football here," he said. "I've spoken to Paddy and he wants to come here."

"We've known who we've wanted for a while. We're still busy trying to get it done," said Ferguson.

"These things take time. Some managers want to wait and see how they do in pre-season.

"It's not as if we've just identified what we need. We've known since we lost Dwight what we've needed."