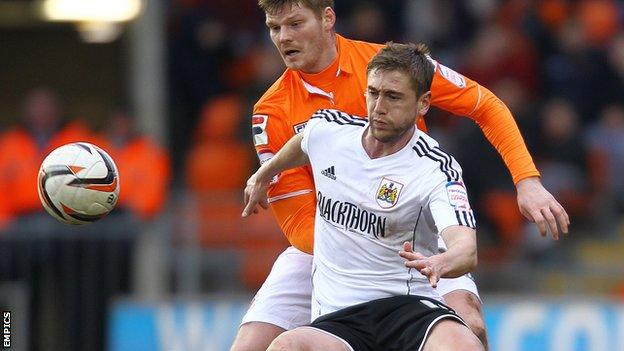 BBC Radio Lancashire reports the Championship club have paid around £500,000 for the 25-year-old striker, who has agreed a two-year contract.

Ex-Derby forward Davies scored 13 times in 38 appearances for City last season but could not prevent Sean O'Driscoll's side dropping into League One.

They had already for Davies before accepting a bid from the Seasiders.

"Blackpool came in with an offer we felt was fair. He's decided it's a move he'd like to make," O'Driscoll told the club website.

"No one has pushed Steven out the door. Like all players, they want to be playing at the highest level possible. We wish him well for the future."

Davies arrives a day after and joins fellow new arrivals and in agreeing summer moves to the Seasiders.