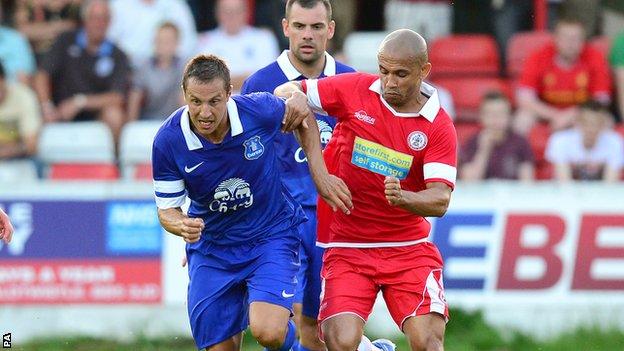 The 31-year-old has been on trial with the club since June and has appeared in Stanley's pre-season games.

He told the club website: "I played with [Accrington boss] James Beattie at Sheffield United. He's a friend of mine and that's where the contact came from.

"I've been out of football for a while and it's ideal for me to come back in, get some form and enjoy my football."

Webber has not played since being released by Leeds United in May 2012 after scoring once in 13 league matches.

He had a three-month spell at Doncaster Rovers last season, but did not make an appearance for the club.