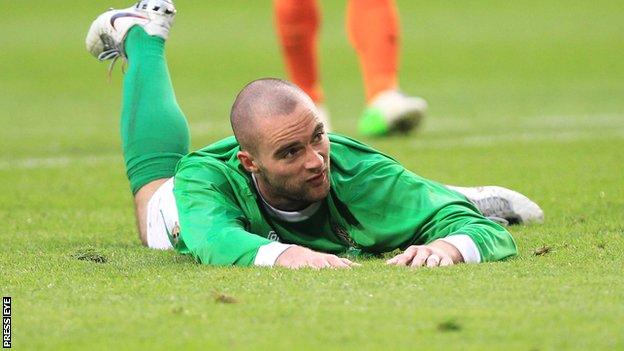 Northern Ireland defender James McPake is a major doubt for next month's World Cup qualifier against Russia because of a back injury.

McPake sustained the injury while playing for Hibs in the 7-0 defeat by Malmo in the Europa League qualifier at Easter Road on Thursday night.

Hibs boss Pat Fenlon said McPake will be sidelined "for a while".

Northern Ireland go into the August 15 qualifier second bottom in Group F and without a win after five games.

McPake made his senior international debut in the 6-0 defeat by the Netherlands in June last year.

The 29-year-old qualifies for Northern Ireland through a Coleraine-born grandparent.