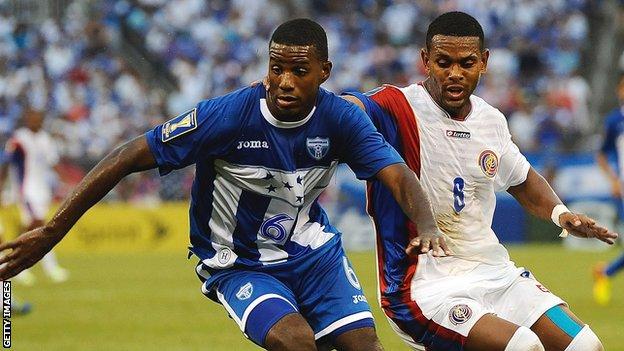 Defender Juan Carlos Garcia will become the fifth player from Honduras to represent Wigan after joining the Championship club on a free transfer.

The 25-year-old recently left Olimpia in his home country and has agreed a three-year contract with the Latics, subject to him receiving a UK visa.

Garcia is the eighth new arrival at the DW Stadium this summer.

Maynor Figueroa, Wilson Palacios, Hendry Thomas and Roger Espinoza are the other Hondurans to play for Wigan.

"Honduras internationals have a very good history at Wigan Athletic and we certainly hope he becomes another success story for us," manager Owen Coyle told the club website.

"Juan is a very talented player, a left-back, powerful and someone we're very happy to be bringing to the squad.

"It's an area of the team we're still looking to strengthen after a number of defensive departures at the end of last season, and we're leaving no stone unturned in doing so."