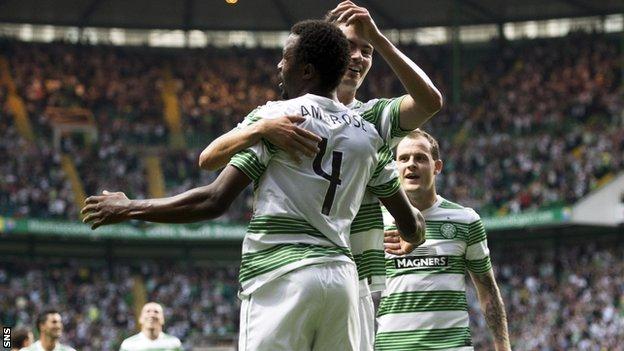 The match on Wednesday 7 August, with a 18:45 BST kick off, will be shown on BBC Two Scotland and the BBC Sport website.

The sides meet in the first leg at Celtic Park on 31 July.

Celtic defeated Cliftonville 5-0 on aggregate in the previous round.