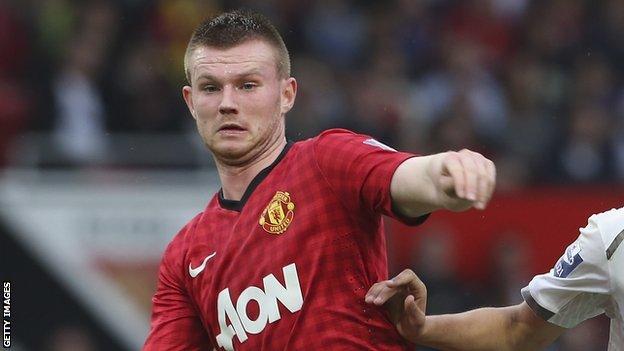 The 20-year-old has only made two substitute appearances for United, against Newcastle and Chelsea in last season's League Cup.

"Ipswich is a big club but the deciding factor was the chance to work with Mick McCarthy," he told the club website.

"The reserves at United is a good level but I need to be playing games where there are three points at stake."

The ex-England Under-17 international had a 29-game loan spell at Peterborough in the 2011-12 campaign.

And last season he spent a month with Barnsley, playing three matches before returning to Old Trafford.

"[United manager] David Moyes is happy for me to go out on loan and I know they will be watching how I do down here," Tunnicliffe added.