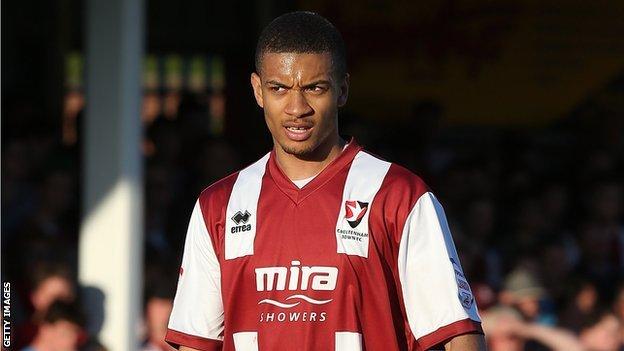 The 21-year-old, who has still to make his competitive debut for the Championship outfit, spent last season on loan at Aldershot and

McInnes, who lost Clark Robertson and Russell Anderson to minor injuries during the midweek friendly defeat at Peterhead, described London-born Hector as "a big strong lad who comes with a good pedigree".

The Dons become the 11th club the central defender, who is eligible to play for Jamaica, has joined on loan during his time with Reading.

Barnet, then in League Two, were his next port of call before a spell in League One with Shrewsbury Town, after which he returned to League Two with Aldershot and Cheltenham.

Hector went straight into the Aberdeen squad for Friday's friendly against Twente at Pittodrie.

Meanwhile, McInnes plans to send "one or two of our younger lads" out on loan.