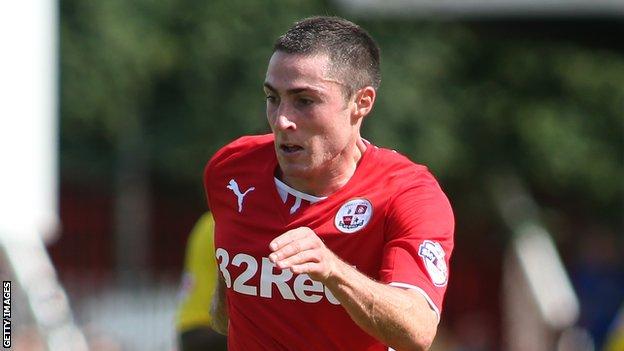 Troubled Coventry City's woes continued as they suffered an opening day League One defeat away at Crawley.

The Sky Blues were docked 10 points by the Football League the day before the game, after one of the club's companies was left facing liquidation.

And they were 2-0 down after a Jamie Proctor effort and a Joe Walsh header.

Callum Wilson smashed in to give the visitors a lifeline before Franck Moussa bundled them level, but Mike Jones's late shot won it for the hosts.

Jones slid home when put through by Nicky Adams just two minutes after Moussa had brought the Sky Blues level and means the visitors made no dent in their points deduction.

Coventry's off the field events on Friday overshadowed preparations for the match, when a Company Voluntary Arrangement was rejected by Arena Coventry Ltd, which runs the Ricoh Arena, at a creditors' meeting in London.

This left a subsidiary of the club, Coventry City FC Ltd, facing liquidation and led to the Football League's action.

And following Walsh's goal at Broadfield Stadium, which came from Nicky Adams' corner, play had to be stopped for three minutes as a small number of Sky Blues fans had to be removed from the pitch.

"In the first game of the season, you haven't got a clue what you're competing against because friendly results mean nothing and that was nowhere near like a friendly.

"(on Coventry pitch invasion) "If you have a real passion for your football club then it's totally understandable and the people who usually suffer are the fans and I sympathised with that. But I can't condone entering the field of play and I was worried for the safety of our players."