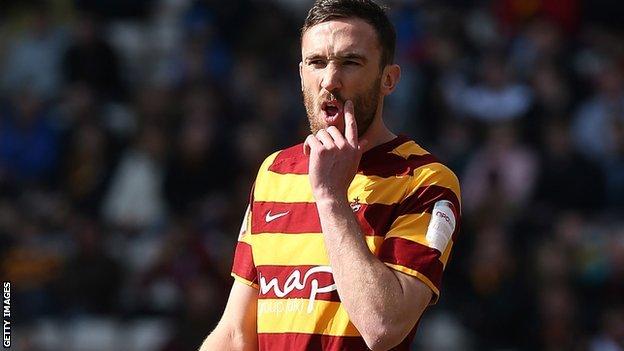 The hosts took the lead when Scott Wagstaff finished from Jay Emmanuel-Thomas's pass before Nahki Wells levelled after home keeper Frank Fielding was caught out of position.

Emmanuel-Thomas put the Robins back in front with a powerful finish after the Bantams defence gave him too much room.

McArdle drew the visitors level with a header from Raffaele De Vita's corner.

It was a first League One match since 2006-07 for both teams, the Robins having spent the last six seasons in the Championship while Bradford spent the same period in League Two.

"Credit to Bradford, they didn't panic when we started as well as we did and got the goal.

"Their belief and trust in each other is something we are trying to agenda in to our squad.

"There's five new players out there so it's going to take some time to embed.

"There's enough there for us to work on and to make sure we work on certain aspects."