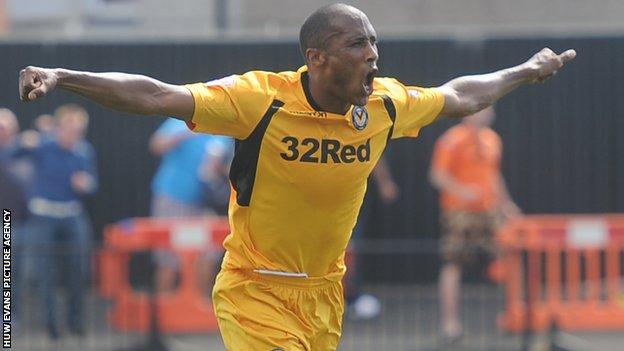 Newport made a dream start on their Football League return with a convincing victory over Accrington.

Jolley scored with a left footed curler from the edge of the area before man of the match Zebroski volleyed home the fourth.

Ex-Manchester United striker Webber pulled a goal back for Stanley in his first match since April 2012 but it was a miserable first game in charge for new manager James Beattie.

For Newport it was an unforgettable afternoon at Rodney Parade as they secured an impressive win in their first game back in the Football League for 25 years.

"We've made a bit of history today, obviously the fans were behind us and it was a big occasion.

"It's been a good day really and... we've really given it 100% straight out the blocks, I think everyone made it difficult for them.

"We kept pressing their back four from the front and that caused them to make a lot of mistakes, and in the end I think me and Jolls [Christian Jolley] ran their back four into the ground."