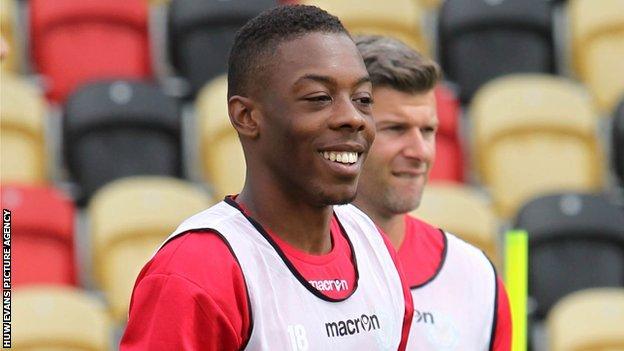 Newport County have signed defender Ryan Jackson after agreeing to to pay compensation to his previous club.

The 22-year-old was out of contract with Macclesfield Town, but compensation is paid when a player under the age of 24 moves club.

Jackson had been offered a deal by the Silkmen but the former AFC Wimbledon player did not take up that option.

"Everything is agreed between ourselves and Ryan," said Newport manager Justin Edinburgh.

County are back in the Football League after an absence of 25 years, having gained promotion by beating Wrexham in the Conference play-off final in May.

Jackson's arrival follows the signing of James Bittner on a short-term deal to provide goalkeeping cover.

First-choice stopper Lenny Pidgeley has missed pre-season because of personal reasons and 31-year-old Bittner, who is a free agent after leaving Hereford United in May, will add great experience.

Bittner will contest the goalkeeping jersey with 19-year-old Jamie Stephens, who Newport snapped up in July after he was released by Liverpool.