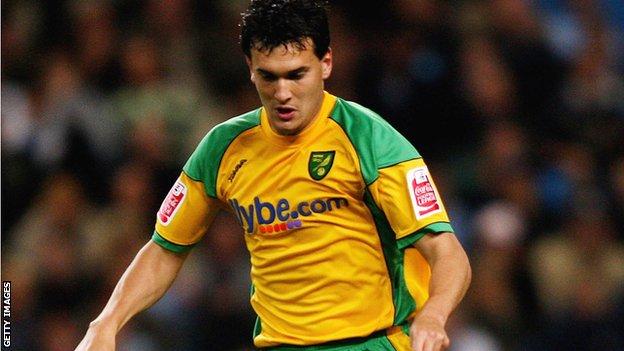 Hooper sealed his £5m move from Celtic on Friday, while Murray swapped Rangers for East Anglia in 2007.

"There's no other city in the world that's got the intensity of the Old Firm fans and derbies," Murray said.

"You still have derbies now and again with Ipswich, but it's nothing compared to the rivalry in the Old Firm."

Murray, now manager of Scottish Championship side Dumbarton, can vividly remember the stark contrast between experiences at Rangers and Norwich.

Thumbs up for Norwich?

"It's a fantastic place, a great city, a great club and great fans. They've got a good young manager and obviously their assistant Colin Calderwood, who was at Hibs, will know Hooper well. The bottom line is that he's going to a management team that want him and they're willing to pay good money for him, so he's going to probably start most of the games."

Injuries and illness prevented him making a real mark on English football, but he reckons former Scunthorpe United striker Hooper might be better placed to hit the ground running.

"Obviously with Gary Hooper having played down south before, he knows what it's about to a certain extent," Murray told BBC Scotland.

"So perhaps it won't be as big a shock to him as it was to me.

"He'll maybe feel a bit of relief with the pressure that's taken off him when he goes down there, but then again, who's to say the pressure didn't spur him on when he was here?"

Hooper netted 31 times for Celtic last season, with four of them coming in Neil Lennon's side's impressive run to the last 16 of the Champions League.

And Murray knows that is one competition the 25-year-old will probably not sample again any time soon in England.

"He'll miss the European nights and the Champions League," he said.

"But then you only get maybe six to eight of those a season, so he's obviously decided to sacrifice them to go to places like Stamford Bridge, The Emirates and Old Trafford.

"There's no doubt the Premier League's been a huge lure in him leaving because I don't understand why he would leave Celtic to go anywhere else."