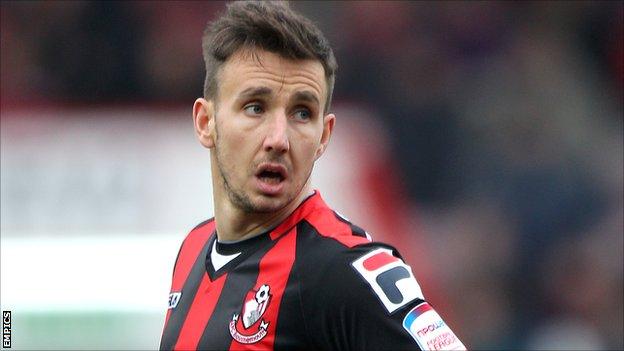 Rotherham have signed Bournemouth striker Matt Tubbs on loan until the end of January.

The 29-year-old is reunited with Millers manager Steve Evans, who was his boss at Crawley.

"He was my first choice striker," Evans told the club website. "This lad is a goal scorer and our supporters will also love his work rate."

The League One Millers have first option to sign Tubbs at the end of his loan spell.

He scored six goals in 35 games last season as the Cherries won promotion to the Championship.

It was at Crawley under Evans that the former Salisbury forward established himself as a prolific scorer at Football League level, with 58 goals in 78 games in all competitions.

Bournemouth paid a fee believed to be around £800,000 for his services in January 2012, although he was been limited to just 11 starts by the form of Lewis Grabban and Brett Pitman at the Goldsands Stadium.