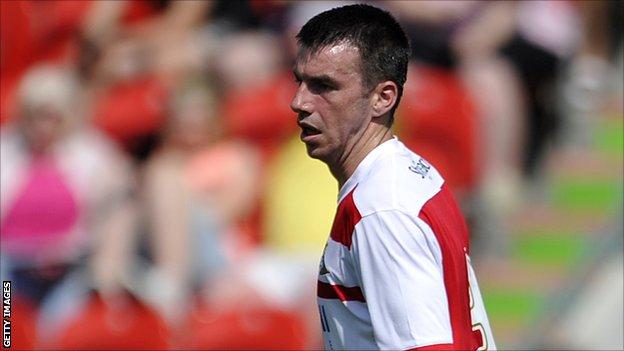 The 28-year-old Scot joined from Cardiff in August 2012 and made 43 appearances as Rovers won promotion from League One last season.

He spent three years with the Bluebirds prior to the move to the Keepmoat Stadium, playing 60 games.

Quinn began his career in Scotland with Motherwell whom he captained and represented on 182 occasions.