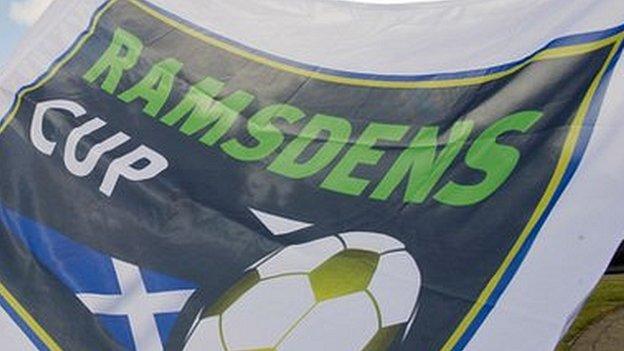 Former Morton striker Peter Weatherson scored the only goal of the game against his old club as Annan ran out winners at Galabank.

In a scoreless first half Annan's best chance fell to David Hopkirk but visiting keeper Nicolas Caraux came out on top, saving brilliantly to deny the young striker.

Kabba-Modou Cham should have sent Morton into the lead early in the second half but the Gambian fired wide with only Alex Mitchell to beat.

Allan Moore's men continued to press for an opener after the restart but it was Annan who took the lead through Weatherson.

The 33-year-old debutant bent a superb free-kick beyond Caraux with 20 minutes left, meaning the Scottish League Two side dumped out Scottish Championship opposition.