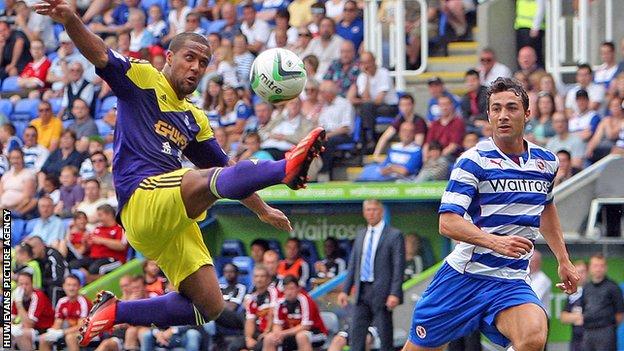 Swansea City warmed up for Thursday's Europa League tie against Malmo with an impressive 3-0 win at Reading.

Michu opened the scoring after 11 minutes with a deflected shot which beat Reading goalkeeper Alex McCarthy.

Record signing Wilfried Bony made his first start for the Swans and set up two goals in three minutes.

He linked with Jonjo Shelvey, who fired the second via the post before Bony set up Pablo Hernandez for the third goal.

Michael Laudrup's side host Malmo in the Europa League third qualifying round first leg at the Liberty Stadium on Thursday,