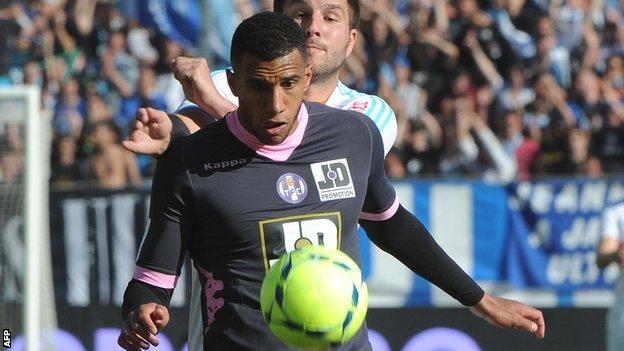 The Premier League new boys are thought to have offered close to £9m but must convince the 25-year-old France international his future lies in Wales.

But Cardiff expect to complete the signing of Brentford goalkeeper Simon Moore, 23, on Monday.

"Ourselves and Toulouse have come to an agreement," Mackay confirmed.

"We've got to then have the conversation with Etienne and his advisors, they've been very professional in terms of what they're talking about as well.

"We've been in constant dialogue with them in the last week and Toulouse have been excellent to deal with.

"It's pretty delicate at the moment. We're in discussions and negotiations but it's something that's ongoing."

Capoue is thought to favour a move to Spain but Atletico Madrid have so far failed to match Toulouse's valuation for the five-time capped defensive midfielder, while Tottenham, Arsenal, Liverpool and Everton have all been linked with the player.

Cardiff are also thought to be interested in Espanyol's Hector Moreno, but would face similarly stiff competition to sign the Mexico defender.

So far only Denmark striker Andreas Cornelius and Derby County full-back John Brayford have signed during the summer.

But it seems certain that Moore will become the third player to join Cardiff ahead of their debut season in the Premier League.

David Marshall will be the Bluebirds' number one goalkeeper for the coming season, but Moore and Joe Lewis will provide options in that position.

"It'll be paperwork first thing Monday morning, that's the only thing holding that one up," Mackay said.

"I'm glad to get that one in, he's someone we've tracked for a year and he's had a successful year for Brentford.

"He's one that I think is a real prospect. For the future of the club, I've got three really good goalkeepers now; Simon comes in and I think he can kick on again.

"My thanks to Brentford for the way they went about their business, they were very professional and it was done very quickly."

Cardiff continued their pre-season preparations with a on Saturday and next face Brentford away on Tuesday.